“I am humbled and very grateful to be a part of the Timothy O’Shaughnessy Foundation community. The mentorship of the family and the support of my fellow scholars will continuously push me to develop into a well-rounded person, and truly discover the world around me.” 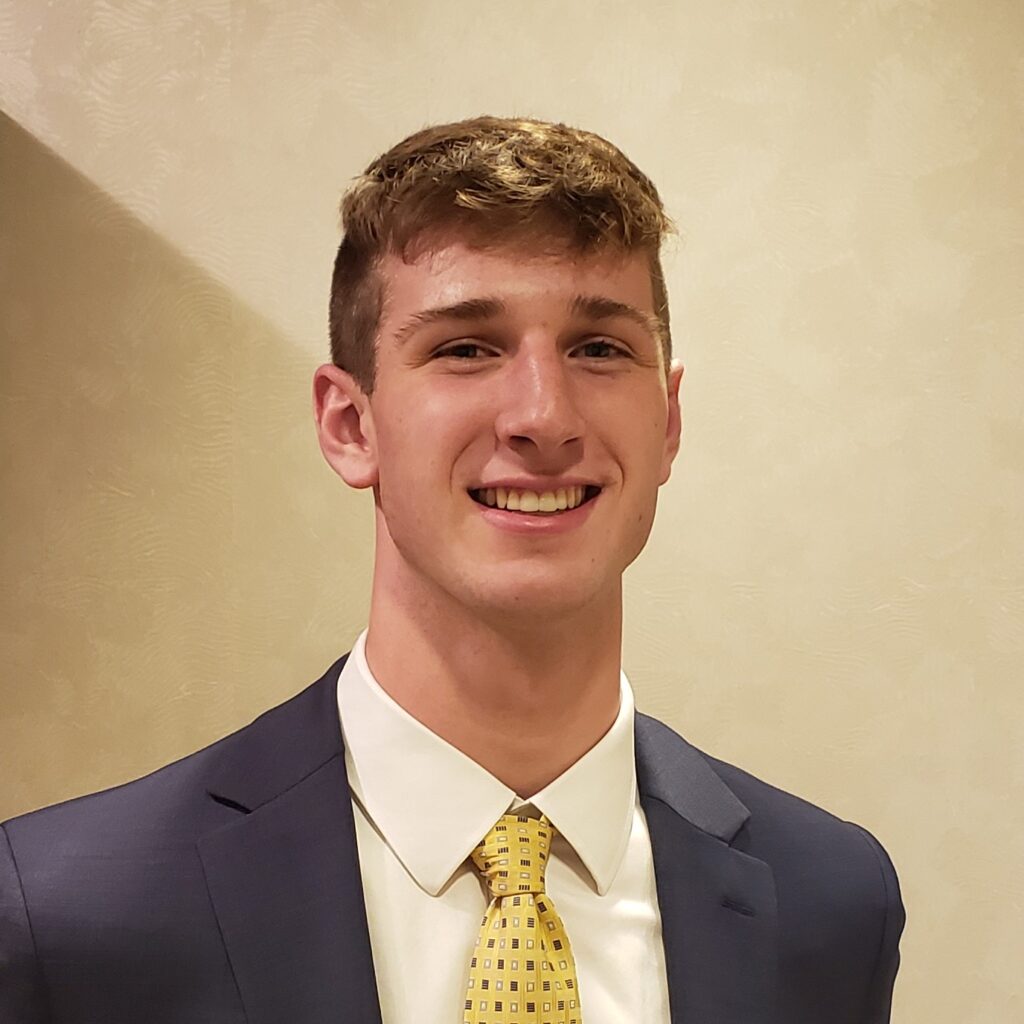 Will was born in Overland Park, KS but moved to Wichita at a very young age. His parents names are Todd and Kim Anciaux and he have five siblings: Ella, Nick, Adelyn, Greta, and Grady. He has attended Catholic School his whole life, first at St Thomas Aquinas, and currently at Kapaun Mt Carmel.

In his time at Kapaun, he has competed in both football and basketball, been a member of their Peer Ministry program, served as a tutor, and served as the Student Body President. He enjoys finding many different avenues for reaching people and look to create as many relationships with those around him as possible.

His Catholic Faith is a big part of his life. In the last year, he has been able to help start up the Peer Ministry program at Kapaun Mt Carmel, and as a result bring Kairos Retreats to the school. He can already see the impact these retreats have had on his school in the first year, and looks forward to watching them change Kapaun over the next couple of years!

Next year, he plans to attend Kansas State University. There he will be majoring in Kinesiology, with plans to attend medical school afterwards. As of now, he hopes to become an orthopedic surgeon. Being an athlete, helping others to fix and heal their injuries, in order to return to play is something that interests him a lot! In addition, he will also be playing football at K-State and looks forward to all that comes with that!

Will is very excited and honored to have been selected as a recipient! He cannot wait to continue learning and expand his relationships with people in his life and to carry on the legacy of Timothy O’Shaughnessy.