“Only you get to decide if your day was good or bad. Do not let the small things get to you. Maximize the positives and minimize the negatives.” 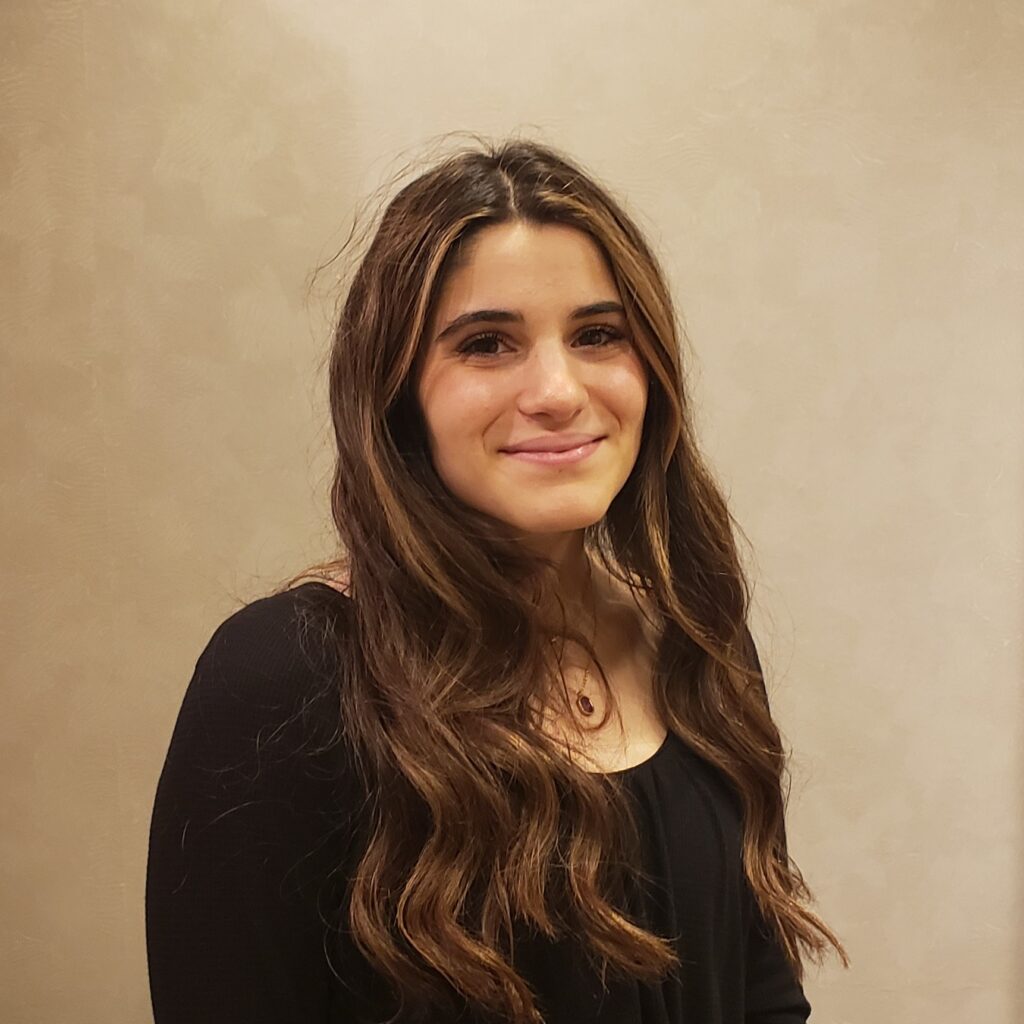 Nicole is a Senior at the Independent School. She will graduate in 2023 and plans to attend college on a pre-medical track. Nicole plans to major in Biology and minor in Spanish. She is the daughter of Johnny and Yvonne Moussa. Nicole was born in Wichita and is proud to call it home.

Her long-term goal is to become a doctor and give back to this community that has given her so much. Nicole has received many scholastic honors throughout her high school career. She has been awarded the Most Outstanding Junior Girl Award, the School Spirit Award, and she is an AP Scholar. In addition, she has received the Most Outstanding Student Award across seven subjects throughout high school.

In school, Nicole is involved in many activities. She has been a part of student government all four years of high school. This year she is serving as Student Body President. Nicole is very passionate about leadership and being a voice for the student body. Her main goal is to cause positive change in her school. She is involved in planning and executing events to improve the student experience and overall spirit in the school. That being said, she also is an advocate for policy change in her school, such as getting stronger security, or a more inclusive dress code.

Outside of student government, Nicole is involved in multiple clubs and teams. This includes varsity soccer and volleyball, Blue Fan Group, Renaissance Club, Girl Talk, Spanish Club, and Global Affairs Club. Over the summer, Nicole was able to represent her school’s Renaissance Club at a national convention. Inclusivity and involvement are two of the things Nicole prides herself in.

Nicole loves to give back to her community through community service events. She believes her community has helped make her who she is and that it is her job to give back to it. Nicole is a member of the National Honors Society. Through this organization, she has helped to plan two blood drives, as well as two food drives. She has also been able to work The Salvation Army’s Angel Tree. Outside of the National Honors Society, Nicole has worked for the American Heart Association. She also has worked to create a review system for Wichita Nephrology Group, and gave technology support to patients during the pandemic.

Nicole loves to travel and explore other cultures. Her family is from Syria, so she is proficient in the Arabic language. As a young child, she traveled to Syria on many occasions. In addition, she has her seal of biliteracy in Spanish and hopes to expand her skills throughout the rest of her education. Nicole is a part of an organization called Global Affairs Club. Throughout the year she spends time educating herself on countries that are outside of the major news streams. This organization also helps to fundraise for countries in need. Over the summer, Nicole had the amazing opportunity to travel throughout Europe with a school group. She used this time to learn about different cultures and would love to go spend more time in Europe. Finally, she loveshistory and the lessons it teaches. Nicole believes that learning history is very important so thatour society can cause change, and not repeat the past.

Nicole plans to be a doctor in the future, so she can make changes in the system. She knows that many doctors can become desensitized to issues that are an important part of a patient’s life. She wants to be a doctor that is sympathetic, while also helping to heal the patient. Nicole worked at the Wichita Nephrology group for two summers and had the opportunity to intern in every position in the medical office. This not only exposed her to doctors that she wanted to be like but proved how passionate she was about medicine and helping others.

Nicole is a determined worker and believes in the principle that we can achieve all that we desire if we are willing to put forth the effort. She wants to create change through every opportunity she is given. It is an honor for her to have been given this amazing scholarship and she will use it to broaden her education beyond the classroom, and into the world.