"Gratitude is the seed of joy and this scholarship has made me excited and joyful for the opportunities it will provide me." 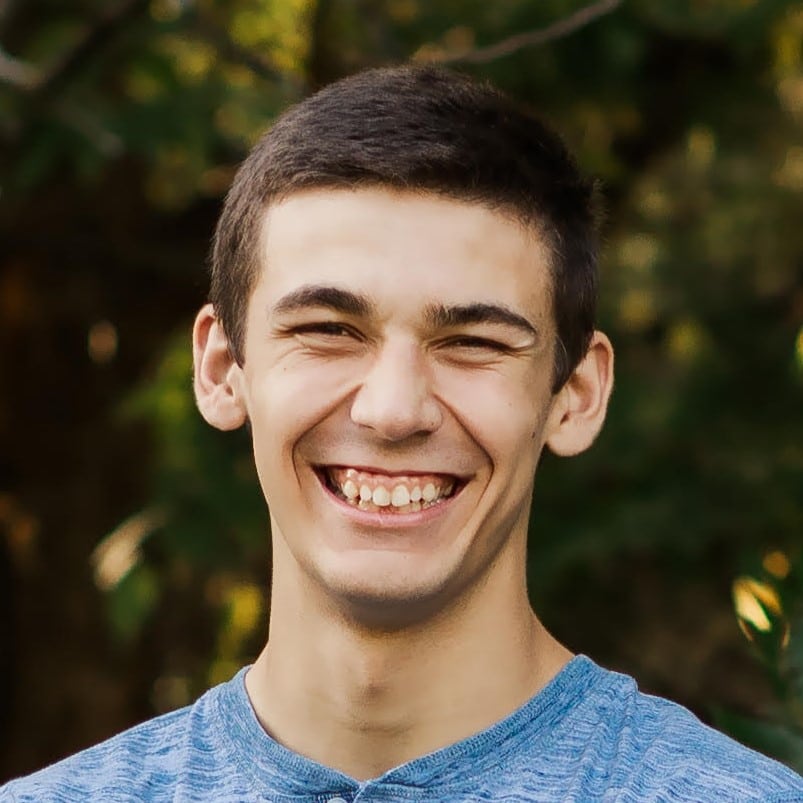 My video is coming soon!

During his younger years, Blaise grew up in Colwich, but now resides in Wichita. His parents are Al and Tereas Jirak and he has 9 younger siblings Gabriel, Augustine, Josephine, Bernadette, Margaret, Agnes, Veronica, Helen and Louis. When his family lived in Colwich he was homeschooled by his mom until he was in highschool and then attended Bishop Carroll.

During his time at Bishop Carroll, he was active in various sports and clubs but his most notable achievements have been in leadership. During the summer of 2020 he started a mission group called Ora et Labora to help elderly members of his community. Currently he is the Retreat Coordinator for Truth for Youth.

Travel has been a big part of Blaise’s life. Recently he was able to complete a 500 mile pilgrimage in Spain, the Camino de Santiago. “I am so thankful that I was able to take this trip with my dad and brothers. The team work needed for such an endeavor brought us together and we were able to share in many life changing experiences together.”

He plans to attend K-State, majoring in entrepreneurship or business administration with a minor in Spanish. Then further studies to get his MBA from WSU or K-State. The reason that he decided to pursue business as a career is because he has been very successful with starting his own businesses. His first business was raising chickens and selling eggs. Then working for the family’s produce business at the Wichita Farmer’s Market. Finally, he created Fast and Affordable Computers, which was a business that refurbished laptops to sell during Covids’s online schooling period.