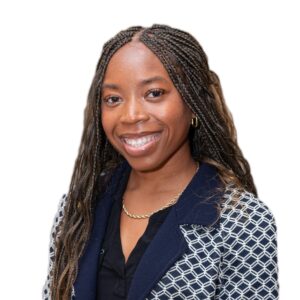 Tami Adeagbo recently spent 3 weeks with a group from Johns Hopkins University exploring Salvador Bahia, Brazil, learning about the Brazilian health system and how the country deals with tropical diseases like Zika and Dengue. They studied the current political situation and controversial policies of the Brazilian government and experienced Afro-Brazilian culture and history while having a Portuguese language immersion experience in this rich agricultural, industrial and vibrant maritime district. The group visited the restored Pelourinho district “old city” a UNESCO World Heritage Site.

Tami says, “I am very grateful I was able to go on this amazing study abroad trip with the help of the Timothy O’Shaughnessy scholarship. The opportunity to study abroad in Bahia, Brazil was a life-changing experience for me. By completely immersing myself in a new, yet somewhat familiar culture, living with a host family that primarily spoke Portuguese, and attending lectures about language, politics, and their healthcare system. Afro-Brazilian language, and culture, I was able to learn so much about Bahia, Brazil in the short 20 days I was there.

Two of my favorite things about my trip to Bahia was learning about their culture. Since Salvador Bahia is the “Afro-Brazilian hotspot”, there were so many similarities between the culture I saw there and the Nigerian culture I am used to within my family. I tried many foods that are traditional to West Africa but were brought to Brazil by slaves during the Transatlantic Slave Trade. Yoruba culture, specifically, is very well conserved in many areas of Bahia.

Tami is a 2021 graduate of Eisenhower High School in Goddard, KS.  She attends John Hopkins University in Baltimore, MD where she is a double major:  Molecular & Cellular Biology and Public Health.

After interviewing an extremely competitive field of quality applicants, the Timothy P. O’Shaughnessy Foundation is honored to announce the scholarship recipients who will graduate from area high schools in May, 2024. WILL ANCIAUX – Kapaun Read more…